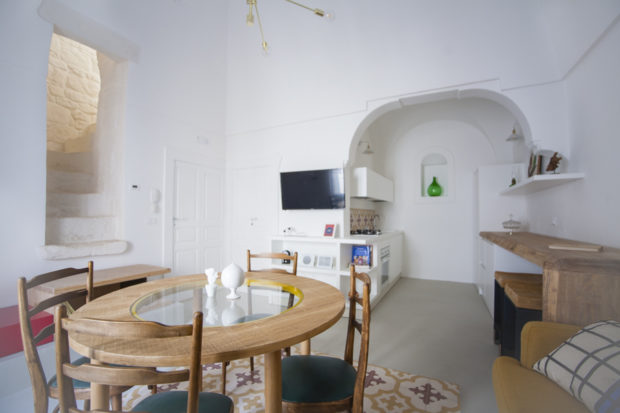 They explained, “The client demanded particular attention to details keeping in line with tradition and yet adopting a contemporary and youthful style.”

Our grain tiles were used for certain parts of the high and luminous dining room and for the alcove kitchen to achieve this union of modernity and tradition. 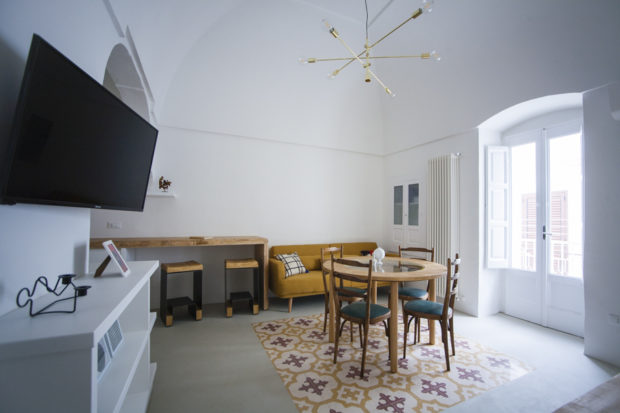 The architects continued, “The existing industrial grain tile floor was replaced by a light grey resin surface that encircles a central area of Grandinetti grain tiles in warm colours and retro decor. The white lime, used for the walls as tradition demands, highlights the modern made-to-measure furnishing with industrial and vintage overtones.” 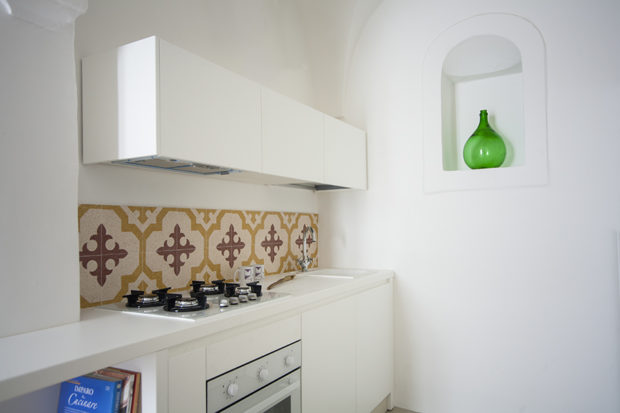 The same geometrical interplay used in the central area as taken up again for the decoration of the tiles in the hob.  A leitmotif that harks to and indissolubly connects the past and the future.

Una risposta a PAST AND FUTURE. OUR GRAIN TILES IN A PROJECT BY MGSO ARCHITECTS IN THE “WHITE CITY”